On a plane trip across the country, one of the little things I notice every time the plane lands is the immediate pull of the cell phone, the network, the lure of connectivity, or maybe, the network calling all its servants back to waking connected status. I feel the pull in my pocket or in the seat pocket in front of me, of a device that wants to be on, to be lighting up with notifications alerting me to all I've missed in the meantime. Of course, some people don't wait until the plane lands and pulls off the runway; you can hear a message notification from a few rows up or back, someone who just couldn't wait at 500 feet, or, probably, whose phone has been on the whole time.

But the idea that we're 'eager to see what we've missed' when we reconnect is not exactly what I had in mind. There's something existential going on, something of people returning to life and being validated as children might, like being gifted as if on Christmas morning with little packages with shiny bows and bright wrapping paper. "Ring-ring-ring" goes the passenger's phone in seat 18C, while the person next to me is rewarded with the comforting sound of chimes, and 23A gets 3 "swooshes" in a row. And then another. And then another. And two more, while the man sitting the next row up turns around and speaks dryly for everyone else who's been listening to this impressive cascade..."Back to work!"

As the plane rolls forward and turns toward the gates, I try to focus on the sky, the runway, where I've been and where I'm going for a few moments before I, too, give in to the impulse to switch off airplane mode and see how much of myself I've missed. I don't last long. 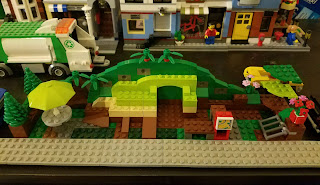 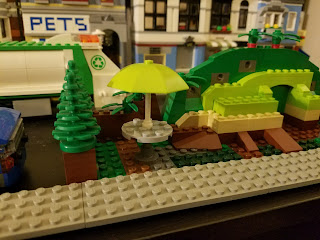 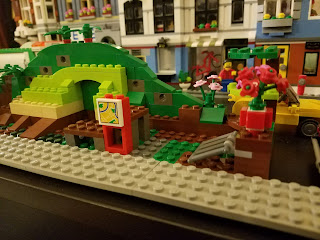 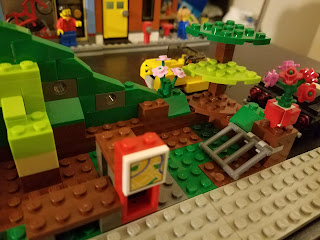 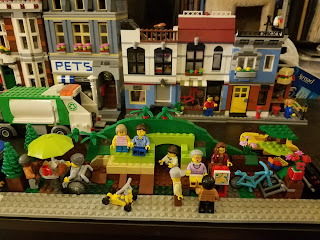 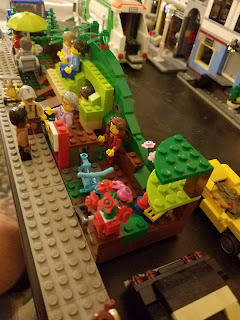 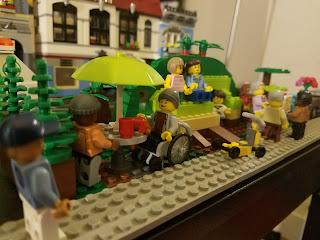 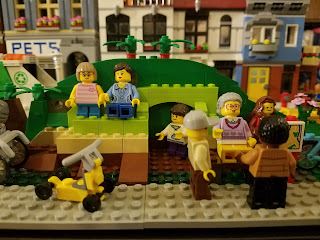 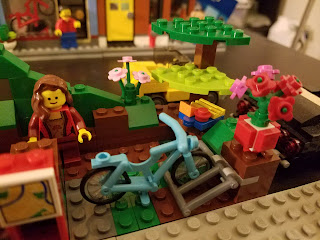 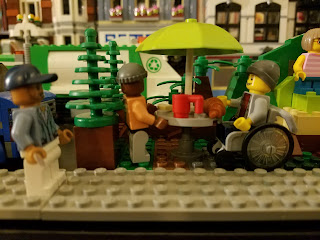 The stairs of East Rock Park

When Yale publicized its smoke-free campus initiative in the fall, I decided to sign up for the American Lung Association's Fight for Air Climb in remembrance of my grandmother, who passed away from lung cancer 10 years ago. The climb is a race/walk/run up 531 stairs in a neighboring apartment building on March 5th, and to get ready in the meantime I'll be climbing and documenting as many of New Haven's outdoor or public stairs as I can find.

Now, I don't imagine there'll be TOO many posts here since, let's face it, New Haven is pretty flat. But there are some nice ones in East Rock Park, a mile or two from home, and a few days ago I hopped on the scooter and gave them a climb, from the bottom to the top of the park: 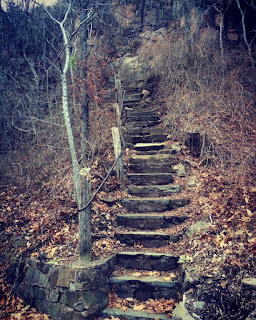 If you'd like to climb together or recommend some stairs, please get in touch. And if you'd like to donate to the cause, too, that'd be great--here's a link to my Fight for Air Climb profile page or just click on the button here:

Email ThisBlogThis!Share to TwitterShare to FacebookShare to Pinterest
Labels: climbingnewhaven

Behind the New Haven sunset

A long hiatus on this blog, but an iced mocha from Koffee? on a warm evening and a bike ride out north of the city and then back again, back into the night, seemed like a good occasion. Riding on a borrowed bicycle, or maybe inherited is a better word, from my friend R who's now 6000 miles away in the fair state of Hawaii, seemed like a good occasion.

And like him and the sticker shock (buying food in a state that's more expensive than CT??) he writes about on his blog, I'm struck by the differences between the roads as ridden in the Bay Area and here in and around New Haven: the lack of shoulders to ride on here, the smooth, well-paved-ness of many country roads but still the frequent treacherous potholes, and then there was the wasp or whatever it was that unfortunately found its way into my pant leg and must have felt its life to be in danger from the fabric thrashing about because of all the pedaling, because it gave such a nice sting to remember it by, a sting that proceeded to radiate up and down my hamstring for the rest of the ride home, perhaps just to serve as a reminder that everything in the background isn't always as pretty as the pictures we post on Facebook and Instagram... 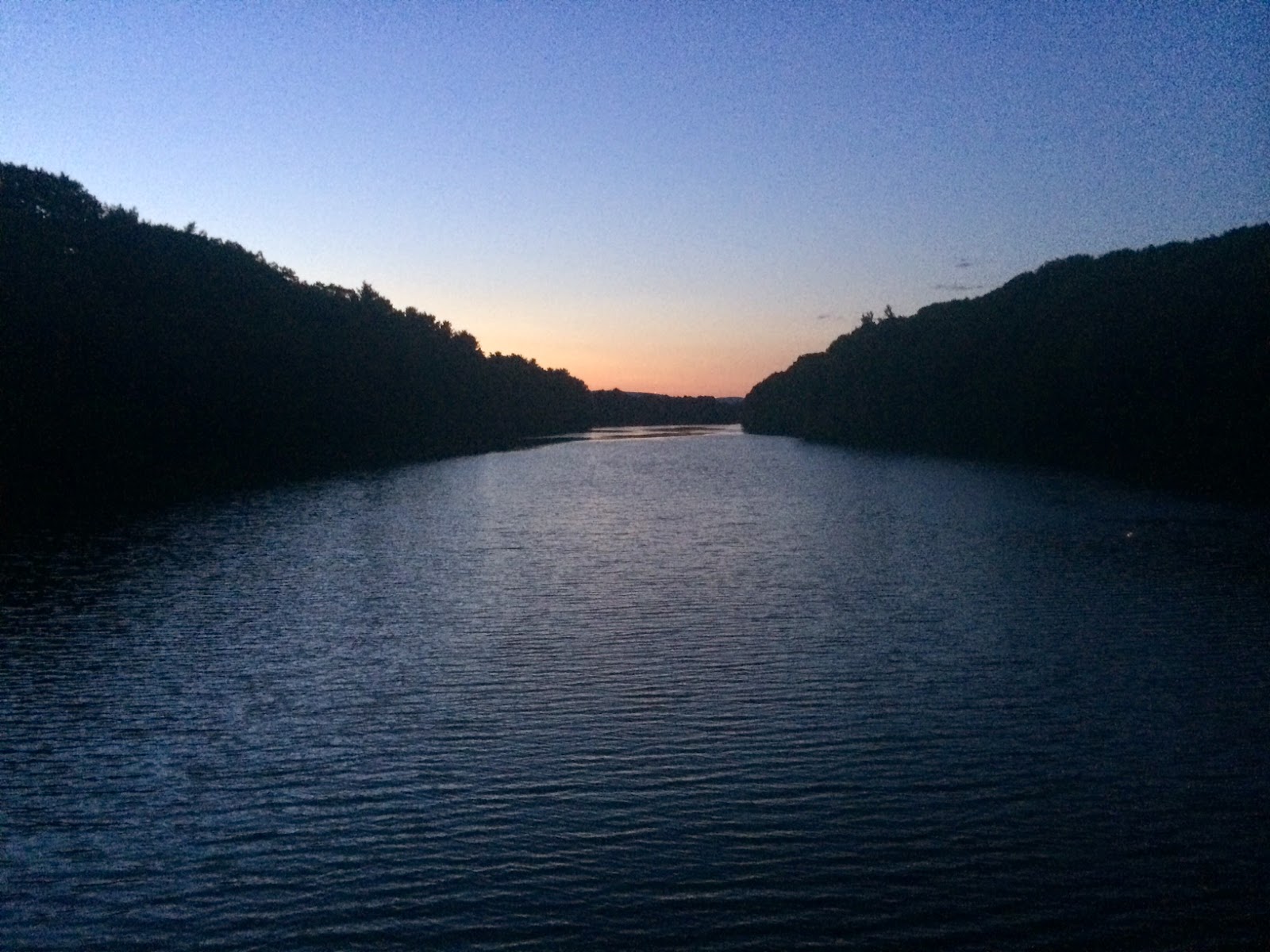 It's been a while, but when work dictates that sleep can't happen for still a few hours, join the students for an 11:30 cortado...

They're really just chords broken up with the sustain pedal pressed, nothing too complicated. But they ripple across the room like waves, enough to make at least a few of the screen-bound denizens look up, look around, first at the player, at each other (all too briefly) and then back at their screens. What is this, this...piano...doing, interrupting the flow of the cafe, where Arcade Fire has until now been laying down the sonic carpet for all the coffee drinkers here to write, read, watch, click and surf upon?

Good. The philzsters turn the radio up and the sounds run roughshod over each other, not just two different rhythms and tones, but two different places, two different callings upon the listener. This is not what we paid our $3 for, is it? Paid our dues up at the front and retreated to the back room here so that we could plug in, sip, and zoom in, pleasantly distracted from the need to remember that we also belong to other places? No doubt, the back room of Philz in Berkeley is the closest daily experience I know to the cyberspace of William Gibson's Neuromancer: plugged in, jacked up, tuned out.

What else is happening? The two girls next to me both have computer screens open, facing each other, coffee, water, notebooks, a napkin on the table. But both sit for the moment peering into smaller screens, cradling their phones with two hands, thumbs moving furiously as they text...text someone. First one sets her phone down, and then the other. A slight sigh from the girl on the other side as the one on this side scans Facebook. No judgment here--I'd probably be doing the same thing if I weren't writing this. But a text comes right back to the far phone, perched as they are, right next to the computer. She picks it up, scrolls, responds.

The next song on the playlist. The piano continues.

Then, laughter from the other side of the room. What, a few friends are talking at one of the tables over there? A woman rubs the back of a bald guy's head, looking amused. They keep talking. What are they talking about? Smiles amidst the arpeggiated chords, the clicking keys, the sound of a metal container being struck repeatedly from the coffee bar in front. The next in a slow stream of people heads to the bathroom. I stretch.

And then, just like that, the guy who had been playing the piano comes to a slow stop, turns slowly on the bench, and puts a book back into his bag. Stands up, looks around slightly, and makes his way across the room. Nobody says anything. I say nothing. I don't even look. What would Facebook girl think if I broke this silence that isn't, if I spoke across her table and said thank you to the guy?

He will never know. Not because he's all that far away now. But because I didn't, couldn't, can't look. 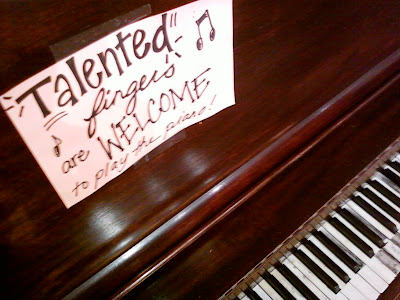 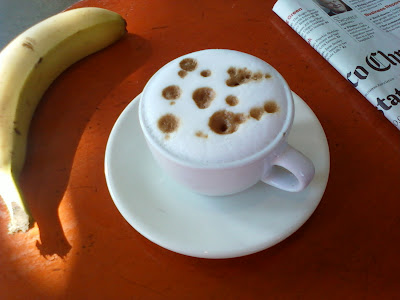